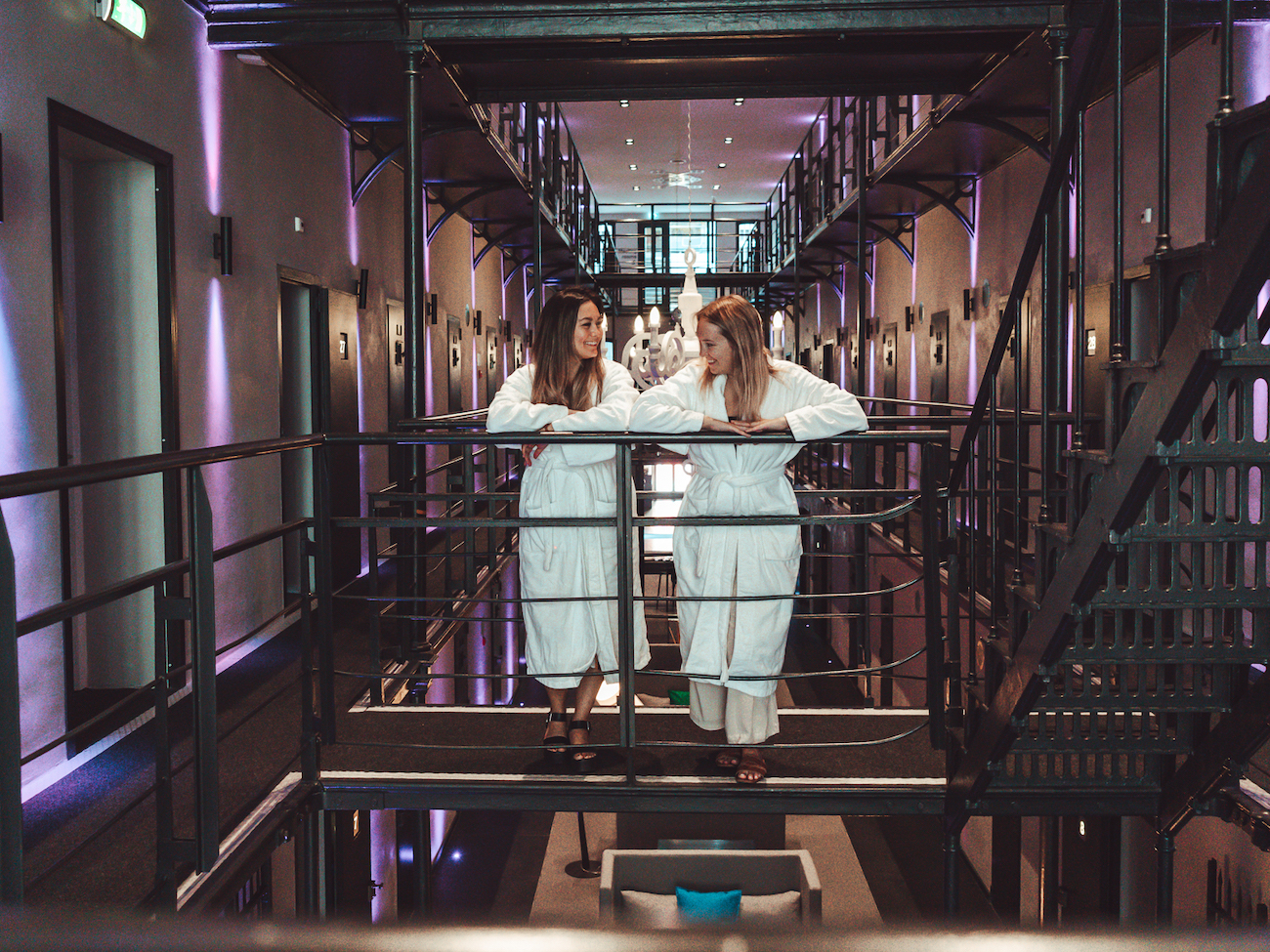 Het Arresthuis in Roermond is an old jailhouse turned luxury 5-star hotel and they don’t shy away from their past. The hotel is decorated in a way that playfully shows off its history as a prison house. This is hands down one of the coolest overnights you can find in Limburg. So, cool in fact, if you visit we bet you’ll be saying, ‘Lock me up and throw away the key!’

From 1666 to 1794, one of the buildings that still make up Het Arresthuis today was a bishop’s palace. This was only part of the current building and has served many different purposes over the years. It has also been a military hospital, magazine, barracks and Halls of Justice.

When the Penal code was introduced in The Netherlands in 1866, a house of arrest was needed. Thus, a prison was constructed next to the bishop’s palace. Originally only used for small-time criminals and those awaiting trial, it continued to grow and change as time went on. This lasted all the way up to the early 2000s when it became a house of detention for drug smugglers. However, being a facility for criminals wasn’t this establishment’s final purpose. Today, after a major make-over, a luxurious hotel has come to fruition.

Upon arrival, you’ll discover the rooms are situated in what looks to be prison cells. That’s because all of the suites are situated in the director’s rooms and offices of the former prison. But don’t be alarmed, the interior design is not only opulent, but spacious. It took a total of three cells to make-up their smallest option, The Comfort Room! Interested in something even bigger? The Director Suite is situated in the former living quarters of the prison director and is the largest in the establishment. With a spacious living area, flat screen TV, sitting area and two sofas. No matter which room you choose, each has décor that plays off of the fact that it once was a prison house. For example, you’ll find your mints in drug baggies and your tea selection in a safe deposit box.

Het Arresthuis’ restaurant, Damianz, is located in the former archive building of the Bishop’s Palace. Fun fact: it’s name derives from the penultimate bishop of the French era, Damianus de Rijksgraaf van Hoensbroek. If you are looking for a fine dining experience, you have to book a table here. Their chef, Jeroen van Gansewinkel, always has something delectable cooking up in his kitchen. You can expect a dining experience that is criminally good.

Their outdoor terrace is located in the old prison yard with olive trees, an organic herb garden and the sound of running water in the background. This is a wonderful spot to order a delicious snack. I’d also recommend you pair your food with a glass of wine selected by their on-site sommelier. You’ll find yourself literally, caught in luxury!

The devil is in the details

I’ve mentioned this before, but Het Arresthuis’ decorations are so clever. If you take the time to walk around and seek out these small, yet well-thought-out details, you’ll find yourself caught up in way more fun than you could have anticipated. From the mobster-inspired artwork to the collection of prison-themed literature, to the line-up photo backdrop made available for you to take a fun pic for Instagram – I am certain this is an experience you won’t soon forget.

Not only did Kiki and I have a blast exploring this old prison house and eating at their amazing restaurant, but we also had a great time walking around Roermond. Dating back to the 13th century, this beautiful city is rich in history and culture with influences from both Spain and France. The architecture and surrounding nature are certainly worth your visit. For anyone less interested in history and more into retail therapy, Roermond also has the largest designer outlet in the entire Benelux, comprising 150 stores and 200 designer brands. There is literally something for anybody in this incredible Limburgian town!

→ This article was written in collaboration with Het Arresthuis. We got to stay here for free, in exchange for content. Of course you can read our own opinion here! 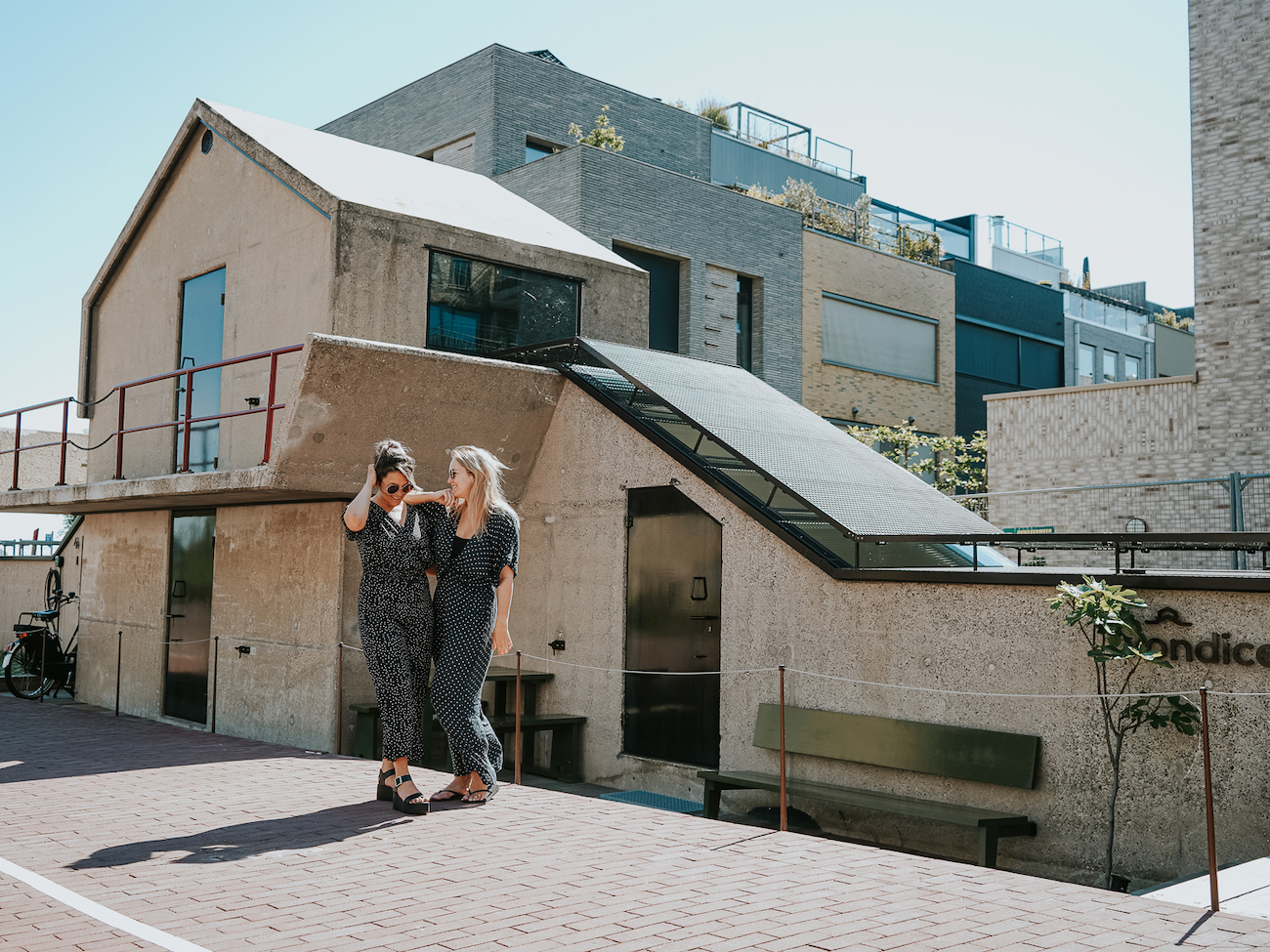 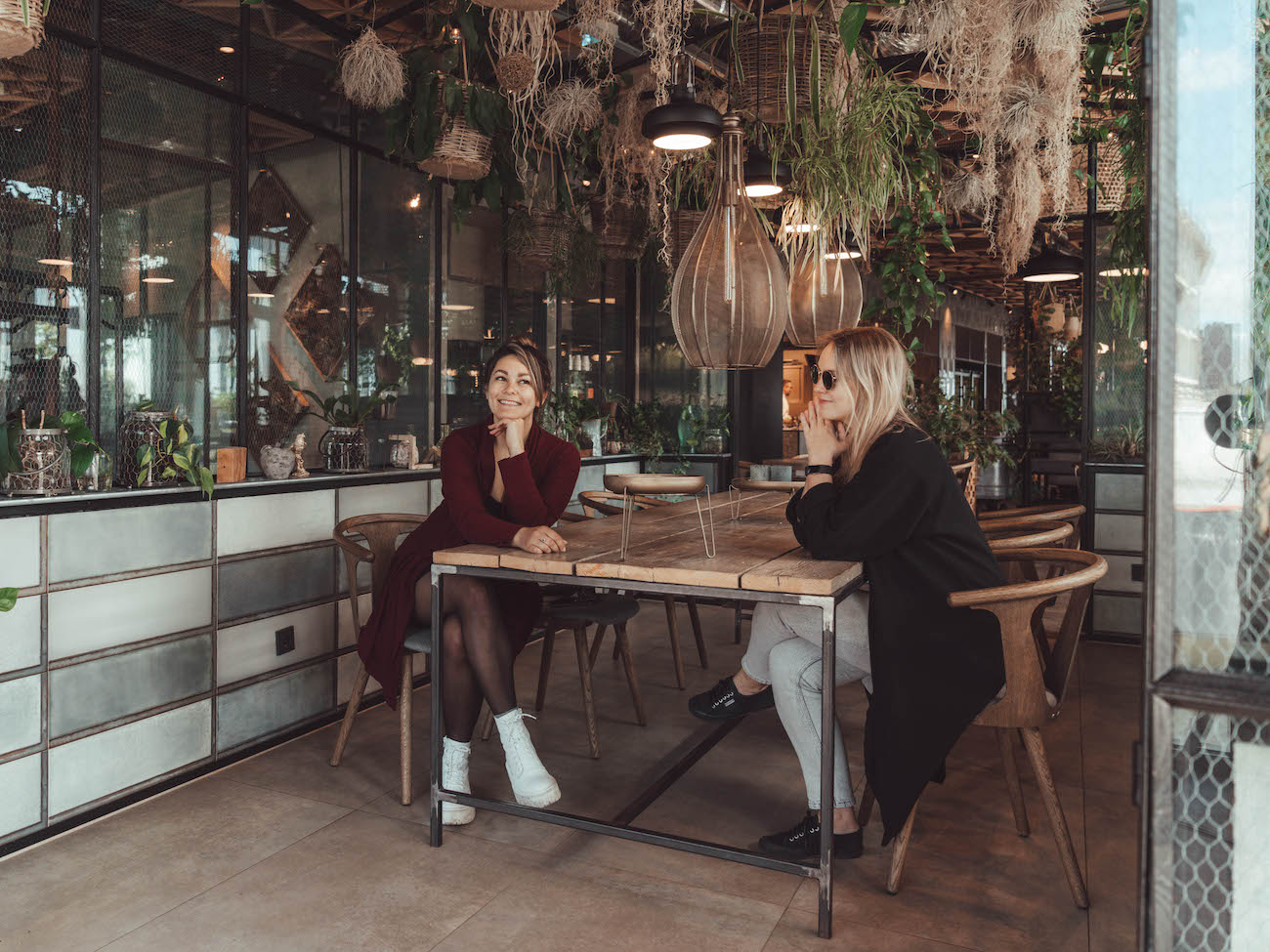 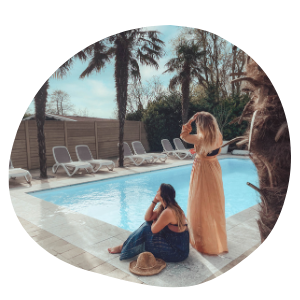